A downloadable game for Windows and macOS

The new interaction system will deliver an awesome experience on a 2D screen but is even more immersive when used with a VR* headset.

Instead of cycling through animation loops you can touch, lick, grab and penetrate the characters in any way you want by either using your mouse (2D) or your hands (VR*).

The characters will physically and verbally (voice acted) respond to your actions and will remember your previous performances. Sliding or penetrating certain body regions will even emulate friction and resistance. Further features are dynamic breathing, genitalia and accessoire physics, bulge grow during foreplay and lots more.

Do you like to foreplay? How about some sexy accessories for your partner? Mutant Alley comes with a rich set of options to customize your experience.

Explore the environment and find new ways to shape your experience, how about calling the Mutant Control Unit to have your partner tied up for you?

* VR support only for Windows builds.

In order to download this game you must purchase it at or above the minimum price of $7.99 USD. You will get access to the following files:

no you have to use AirLink or oculus Link

How's the next update going?

Working on it, it will add more couple poses

will there be a demo?

how do i get both of them fucking? or is it not implemented yet.

it’s implemented. Use the ATM behind them (left side behind the fence)

Yes you will be able to choose holes:) currently I’m working on adding more couple poses

it’s currently not implemented but is easy to do, I have intim my todo list

how do you penetrate or use your pennis with keyboard?

On the left bottom of the screen is a tool tip that shows you which button to press for which action. You just have to stay close to the character

I'm sorry, but could we have a free version of the game? Mine is a difficult period economically, Christmas presents have drained me. 😅

is there a reason we have to repay for it?

it was a complete redevelopment with a new interaction system.

Is there maw play or plans for it?

will this ever be on quest?

Lmao seeing this game really made my day. I did not mean it as a mocking or a negative comment I was just having a bad day but seeing this made me chuckle a lot so thanks for that. Unfortunetly it does not seem to suit me but I hope this game grows up in the future. Thanks again :D

I don't seem to get the hang of edging. I wasn't able to achieve a full edging bar with penis alone, unless I switch to touch just before the edging bar appears to fill it, and then switch back to d. The slow down option don't seem to do anything...?

i will add more toys and interactions over time:)

Is there any way to get different models? I thought I saw somewhere to purchase them seperately in duo packs. Also great work mate!

hello, no unfortunately these are the only models available at the moment but there are more to come

how do i get the female to to have both bars filled when having sex with the penis?

how do i get it on my oculus quest 2?

you have to use either AirLink or a LinkCable.

1. Dose the development of this game finished?

first of all it’s just one developer, me:) and no the development isn’t finished. The game will receive another big update in the beginning of December actually. Unfortunately there is no demo but there’s an awesome review on YouTube

i've bought both versions and have been following your content for a very long time, however I have to say that this release is extremely disappointing and my critique will have to be scathing, while I know it wasn't your intention this does inherently feel like a scam and i've actually asked steam for a refund for both until a lot of the issues are fixed, its extremely disheartening seeing unanswered posts on steam from months ago describing horrendous framerate issues still go unresolved, in addition to the loss of several poses like riding and non-existent new features and the completely absence of any direction or menu to know the poses you can do, where I spent an hour just trying to figure out how you did half the things in-game and how every single dev-post to even know what's being added or going on behind the screens

in all serious i do believe you should not have released this game considering the state it is in and especially for the higher price tag, for that i'm sorry to say that i've lost both trust and confidence with you and will not re-purchase the game for the foreseeable future until adequate changes to address current issues, the complete lack of developer transparency and content worth not only the rebuy, but higher price are made

I announced on Twitter and Patreon that this months release we’re going to be a smaller one, st least from what you are seeing. I mainly refactored the game for the upcoming couple feature of which I already posted a few previews. The next big update will be available once the couple actions are finished and from there on more features based on the new ones will follow.

bought the game, tried to run it on an acer Nitro 5. all i got was it running as a background process. any fix?

Are you running it as VR app? It’s very hard to tell from here. Unwound suggest trying to update all drivers and check if something gets blocked by any anti virus software.

No, trying to run it 2d, mainly because I don't want to go through the hassle to figure out the settings to get my Oculus quest 2 to play the game. All drivers are up to date and as far as i know my antivirus software isn't blocking it. downloading unity player just in case.

then I don’t have an explanation for it:/

The game has too high specs for mobile platforms:/

Sadly not much added this time to reawaken my interest and update.  Hopefully with the next one if there is a next one ^^.

Sorry, I did a lot of refactoring to get the game ready for the couple mode, that's why I haven't focused on that much visible features

If I buy this version how do I open it in VR for my index?

I tried that, and it only launched the desktop version.

What does the “skin” in accessories do?

Why did you remake it... I bought do the dinosaur, thinking it will get updates, but then you remake it, and I have to buy it again for $8?

Just a quick question. What is the difference between this one and the $5 one?

Not trying to preasure, but when is the next update?

it will be released soon, it’s planed for the next week.

hey, you know a good thing to add. say I lay under the Dino, maybe have the Dinos squat. an option to have them sit on your face. just an idea, throwing it out there.

there will be squat interaction in the next update:)

I know you might not do it,  but if you can you can turn the VR into apks. where you are able to sideload it in oculus quest.

I would love too but unitys high definition render pupils which im using won’t allow it. It’s way to high specs. You can alternatively use AirLink

Hi Tyranno! Love the game, just wanted to ask how do you use the weights as I noticed one of your screenshots shows male character lifting

The weights are currently a beta feature they will be rolled out in the next update:)

Using Vive, all I can do is move and touch, I'm not sure if I'm doing something wrong, but menus and other button interactions don't do anything?

There have been a few users that had problems with the Vive, most were able to fix it by updating or reinstalling the Vive Software. Also make sure that OpenXR is selected as your default API in either steam or the Vive tool

I don't know what I'm going wrong, but I've done all that, and the issue isn't fixed

Hi, when I use the watersports option, the dino says voicelines that indicate that he's peeing and there's audio of it, however, there is no visual effects of it.

how do you use the edging option

wait for the green bar to appear

yeah but what do I do with it

hey there, unfortunately no since a lot of involved people were too busy to contribute. But the next release will be rolled out at the end of the week.

Thank you so much!

I have a dumb question, how the hell do I penetrate on keyboard? I'm a bit of monkey brain here

press T to toggle through Tongue and Penis, once you’ve selected the penis just move it close to the Rexes hole when he or she is bent over, laid down or restrained

Are there any updates soon? I want to ride him :P

there will be more updates

Still waiting on that penetration though >.> been past a month

which penetration? The virtual cock was rolled out with the last update

“This build of Mutant alley requires an active Patreon subscription…”

Sell me a game that requires MORE money to work. Give me my money back now. And turn off all the paywalls and stop stealing people’s money.

(Yes this is the same asshole that blew up your FA with “NO PAYWALLS.” What? You gonna ban me here too?

The Itch.Io build definitely does not require a Patreon subscription

Game works fine without patreon the hell you on about? 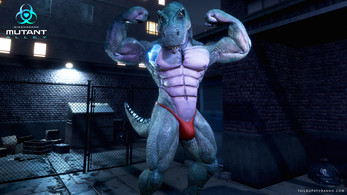 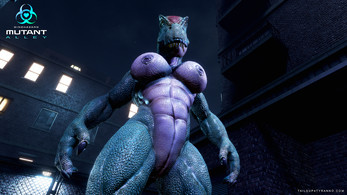 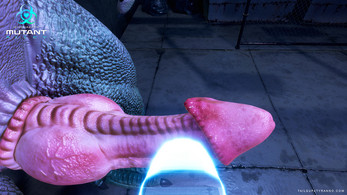 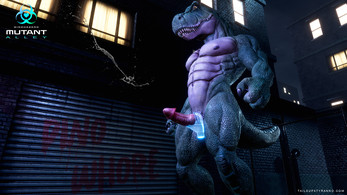 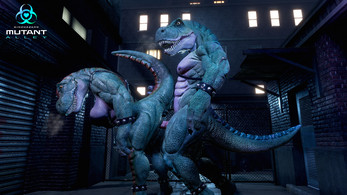 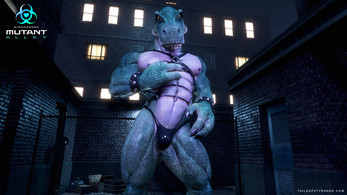 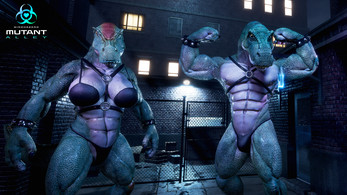 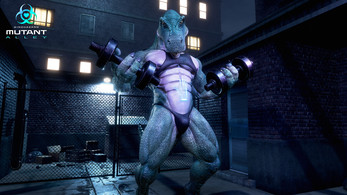 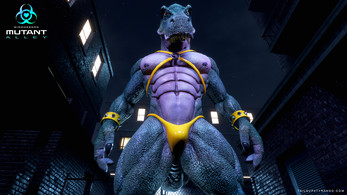 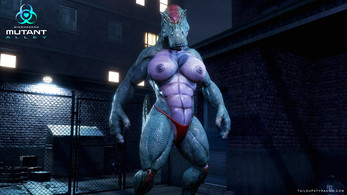 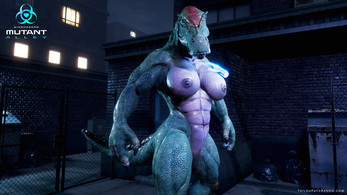 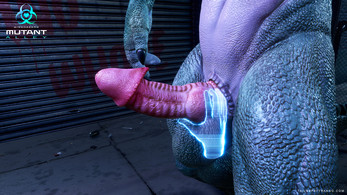 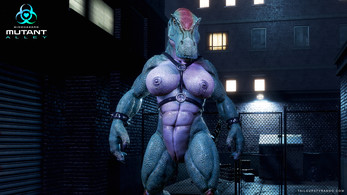 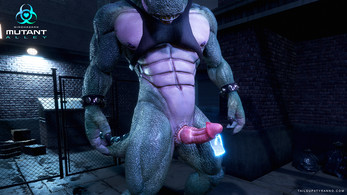 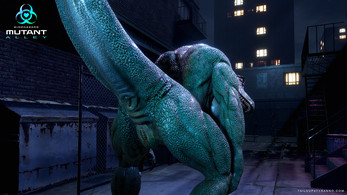 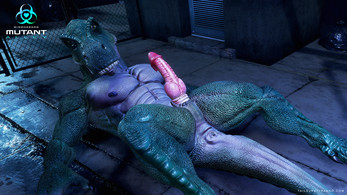 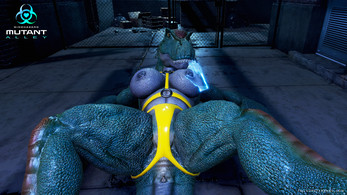 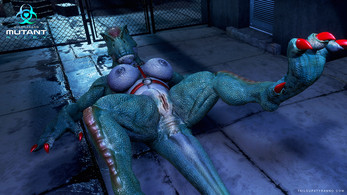 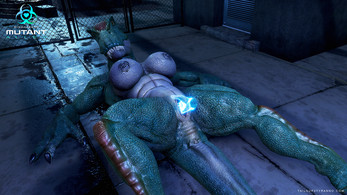 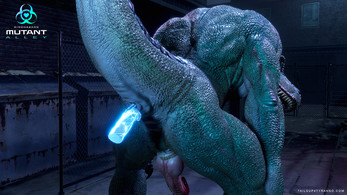 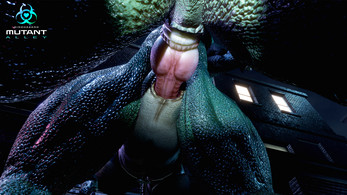