A downloadable game for Windows

During the first intergalactic war, hope rested on the next generation of soldiers. Utilizing dinosaur DNA, science created strong and impressive warriors. Once the war ended, there was no longer a need for the dinosaur soldiers and so they were forced to the margins of society. The only thing left for them to do was to sell their bodies. Always threatened to be discovered and exposed. What was happening there in secret had been strictly forbidden for a good reason.

Mutant Alley VR is a gay virtual reality sex simulation. You are going to interact with one of their most talented soldier's: The anthropomorphic T-Rex.

This purchase will include all future updates!

* Mutant Alley VR is is under active development and will frequently receive updates and new features.

The non VR version of Mutant Alley can be found here:

If you like my games, models and animations please consider supporting me here:

In order to download this game you must purchase it at or above the minimum price of $5 USD. You will get access to the following files:

My Rift s dose not work on this game it seems. and there is no guide or info on this, all i get is a no headset detected black screen. Brought an unplayable game, ;w;

Is there steps i'm missing?, because it dose not work for rift s. Games like heat, and FarmD. work fine when i run the .exe with the headset on.

Having some trouble not being able to use my controllers. Im using the vive cosmos.

no headset detected with virtual desktop through steam vr.

which headset are you using?

the Quest 2 definitively works since I’m using it too.

An exciting announcement! I look forward to playing the new game! Does that mean though that you won't be updating this one any further?

no! Actually a lot of things I developed and found out by working for the new game will be used in MA as well. It’s just two separate games:)

Oh that's awesome! I love the groundwork you've got here so that's great to hear! I'll look forward to the new one too!

Bought this thinking it would work via SteamVR with my WMR headset, but can't get it to work, SteamVR drops and this app takes over, but doesn't recognize the controllers :/ Any chance on an update for WMR, or will it work on SteamVR soon?

hi there, I haven’t implemented WinMR support yet but I will do so

Ok,  thanks, will look back later then!

Any plans on allowing the player to get handsy themselves? The animations are fine and all, but being able to do some things yourself would make the experience even better!

hi there, I’m working on such a game right now:)

Having trouble with Quest 2 over Link. SteamVR recognizes the Quest 2, and the Quest 2 is in SteamVR, but Mutant Alley refuses to recognize the headset. Any advice?

i have a Quest 2 too, it worked for me but I will do further testing. Does the regular link work for you?

This might be a dumb question but since this is a gay NSFW vr game dose the main character ever mention the player is a male?

That's awesome! As you can probably tell, I'm not a man but I am really interested in this Vr experience 😊

So here are my thoughts: For a $5 experience? Not bad! It feels much more like a demo than a completed version of a game though. To give you my main points:

What's great:
The rex looks fantastic and his size compared to the player is *chef's kiss* perfect!
The dialogue is cheesy but in that really sexy way that I love and I honestly like the voice acting, it's got a good vibe to it. I love that he calls you "meat" and says things like "may I eat  you?" but maybe that's just the vore fan in me talking.
All the gear looks great on him, especially the piercings.
I love that you included the foot animations, very hard to come by especially in VR and that's where we need it most and I like that there's the two separate versions. I wish he moved his foot a bit more in both but what's there is great!
In line with the last one I love that this was genuinely a game where some of the best angles were lying on my floor. It really was a neat experience a lot of VR games tend to shy away from and the angles looked really good.
The lighting, small thing to comment on I know but it's really good and immersive and VR devs struggle with good lighting like yours.
Even without the physical contact doing anything at least there's still a little game aspect but I definitely wish there was a little more to it, but hey $5 game.
The audio just overall is really solid.
I love the free movement, it is a huge benefit and I love that you can move without having to teleport around like some (nauseating) VR games.
The environment just looks good overall and the game from a to z didn't cause me any eyestrain except for the menu.
The inclusion of subtitles is appreciated.
I'm not one for watersports but the piss scene is legitimately hot, well done!
I love that this is the ONE VR game I've played on the Quest that I didn't have to fight with to make it work. Every other game I've tried to run on it has been a headache but this one didn't fight me at all.

What needs some work:
I love the rex model overall but there is some REALLY bad stretching around the arms. If pits are kinda your thing like me it's really noticeable especially when he flexes, and it makes the model look lower quality than it really is and that's the only noticeable spot that has stretching issues.
It's a little buggy. Every once and a while it would randomly teleport me away from him whenever I got close. I thought it was to position for the scene but it was for all of them, even ones where you are supposed to be close but I found out turning off automatic positioning fixed that. Also the menu was really jumpy and hard to select things in,it was the only part that caused eye strain.
The police. I thought it was gonna add some quirky layer, maybe some extra kinky dialogue or maybe like a, hey we're gonna keep going while they're watching exhibitionist sort of thing, and I liked his dialogue when they showed up the first time or two, but overall it was just an annoyance. It happened constantly and kept interrupting the moment and I experimented with getting caught and all it did was end the scene and didn't do anything fun. It was overall really pointless and it got so annoying I just had  to turn it off very quickly.
Once again the vore fan in me talking but I love the inclusion of the maw play scene, however this is another point where the model just isn't that refined. What you can see inside his mouth doesn't look very good, also the angle at which he holds it doesn't let you actually look in his mouth or down his throat so really you can't get much out of it. It's the only bad looking angle in any of the animations. I love the muffled dialogue too but I'd love to see some more verbal teasing from him there.
It would be nice to have some other scenes where he's fucking you besides just the riding one, like a tweak of the one where you're supposed to be fucking him just from underneath for example.

In summary this is the foundation of something really spectacular, I think you're really onto something here. I'm definitely not mad about it being a $5 experience. I do think it needs some polish though besides needing more content to really merit being a paid experience. It feels more like a tech demo, a "see what I can do" than a completed game, and that's okay, as long as you keep making more games or add more to this one! :D In the future I would either lean more into the 3d semi-interactive movie aspect or lean more into the game aspect.
Reply
Tyranno53 days ago

thank you so much for your critique! I will constantly try to improve and extend the game, this will help me a lot working on my road map!

You're very welcome! I'm a big fan of your art and I definitely want to stress that you've really done some great work here! I really look forward to seeing it develop!!

Are you thinking to make it free? I really want to play it

It would be a great idea

it works with both

Will I be able to interact with the the dinosaur in the future? At current stage the "game" since to be just a VR movie that allow you to watch the dinosaur's  hot performance at different position and angle.

hi there, having interactions in an VR game is quiet a bit tricky. I’m working on a new game which will have better interaction.

hi i just got the game and was wondering how to pair it up to oculus?

if you are using a quest: start oculus link and then start the game:)

i tried that but getting steamvr installed fixed it somehow, even tho i launched it from oculus link :p

strange, I tested it with SteamVR and Oculus. I’m using OpenXR so you might have to update you oculus launch pad.

i just brought this and it states it cant detect my headset and without a guide im a little stumped as ive tried everything maybe you should include a setup guide or somthing as yeah as is i have no idea what im doing wrong.

The VR version is not on steam yet. It’s in the review process

what headset are you using?

I am also getting a headset not detected error on Quest 2. I added it to my steam library and set it as a VR game, and the headset is still not being detected.

have you activated oculus link?

Oculus Link was enabled and working correctly with other titles in the same play session. 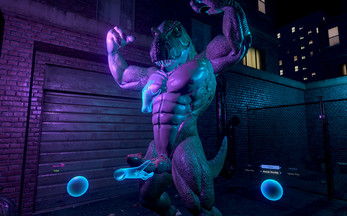 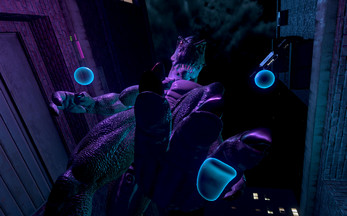 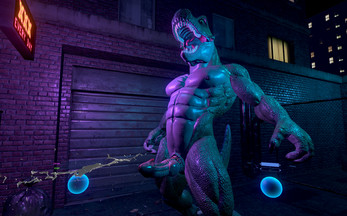 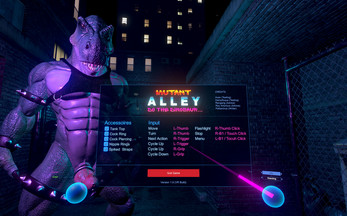